FREE UK DELIVERY ON ALL ORDERS

From the makers of “The Wage Gap” and “The Patriarchy”, we bring you another smash hit to prove men and women still aren’t equal. It’s time for “The Orgasm Gap” starring Mr Penetration and our fave Miss Clitoris. But, just what exactly is that?

Put simply, gals are having fewer orgasms than guys, boooo! When you look at the numbers, there’s a pretty unfair gap going on. In fact, according to some research from good guys Kinsey, women having sex with men orgasm just 65% of the time, whilst men orgasm over 95% of the time. Sadly, this is the case for women of all sexual orientations too.

Instead of boring you with the numbers, here’s a handy graph we made earlier, Blue Peter, eat your heart out. 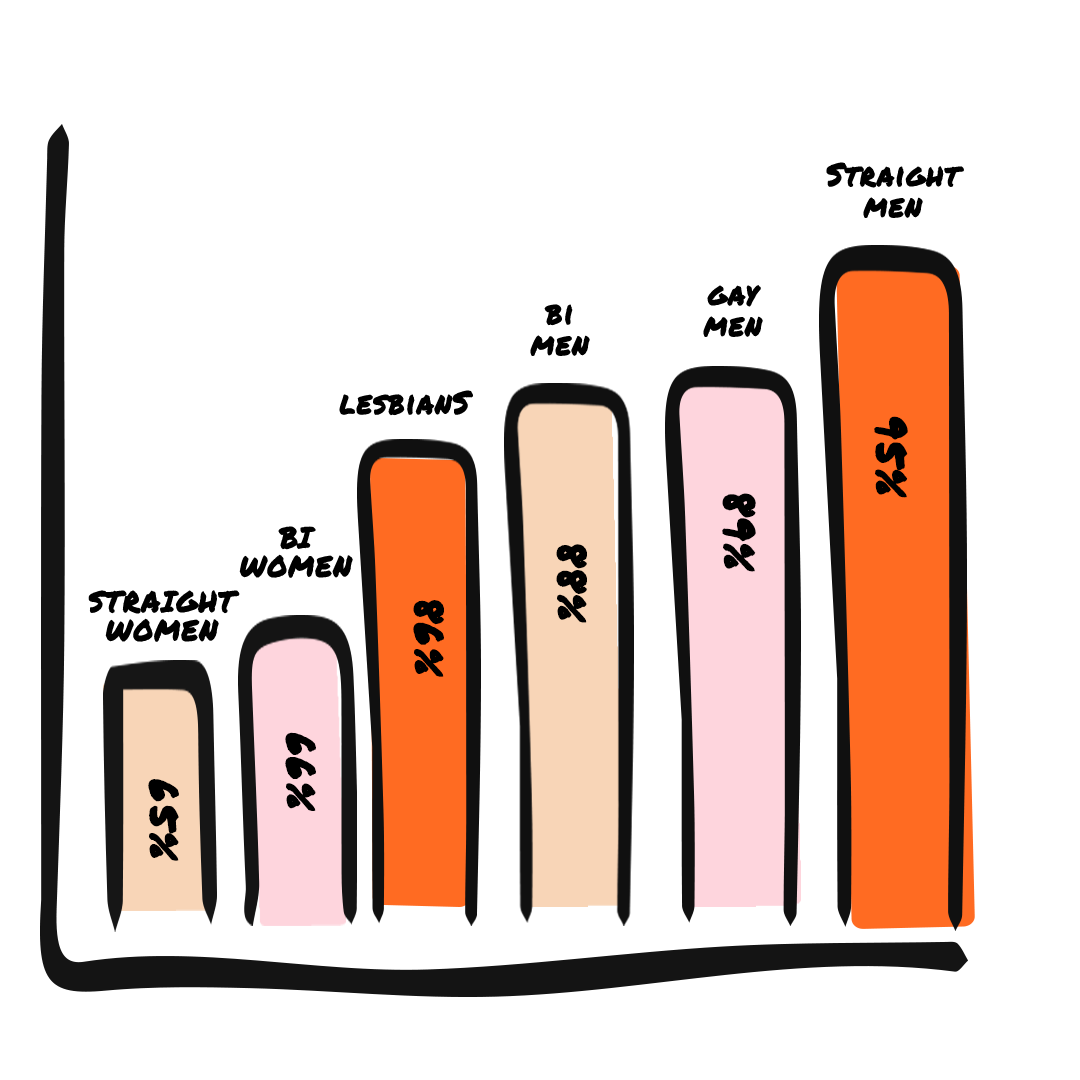 Okay, so we’ve completed step one and admitted there’s a problem there. Now let’s try and figure out why that is, could it be our cultural ignorance of the clitoris? Orrrr, maybe the double standard that judges women more harshly than men for casual sex. The lack of a pleasure focus when it comes to sex education? Could also be something to do with how sex is shown in the media. We could go on, but we won’t as truthfully, it’s a combination of all of the above.

Take our Great British sex education and cultural norms, we’re surrounded by male entitlement for pleasure and the male anatomy. So much so, that a survey by The Eve Appeal found that women know men’s bodies better than their own, with just 35% able to identify the female bod, compared to 60% knowing the male body, even more shit when you consider how much better our galdem’s bodies are. Whilst this ignorance is having a massive impact on our sex lives, if you ask us there’s one main culprit for the orgasm gap.

You guessed it, it’s our cultural ignorance of the clitoris. Thanks to hundreds of years on mansplaining on female sexuality we’ve been told to forget this wonderful organ and focus on penetration as the ultimate goal. That’s right ladies, the man’s penis is central to your satisfaction – yawn.

Okay, okay, enough whining now. How do we fix this? It ain’t gonna be easy but let’s just start with the simple stuff shall we?

Chances are if you are finding it hard to orgasm, it’s probs down to a lack of knowing yourself well enough. So let’s talk about our pleasure and what our sex parts actually look like, let’s encourage exploration so that we can learn what feels good (and what doesn’t), from an earlier age. So when it does come to sex with a partner we know what it is we want, less in-out-in-out sex, more taking turns, more oral etc etc. Whatever gets you, yours.

What are you looking for?